Depression a Friend not a Foe

It’s often remarked that depression is Evil, Horrible, Vile and Consuming. Whilst this may be true of the symptoms of depression, this blight on the human condition also has a different story to tell… Depression Loves, Cares and Protects…

Yes, it may be strange to say that depression holds these positive characteristics, but it’s true. From the outset of depression, the core of it’s development centres around protection. Think of depression as a personality; as a part of an individual which has a strong desire to protect and keep its host safe. If we break down the complex process of depression and simplify its development, we can discover the side of depression which acts out of love and caring. To achieve this, let’s look at the case of Daniel Taylor.

Daniel is a 28-year-old male living in Edinburgh. He works as a bus driver navigating the busy streets of Edinburgh daily. Whilst working over the festive period in 2017, Daniel was driving his bus down Princess Street on a Friday evening when someone ran out into the path of the bus and was knocked down. Daniel immediately stopped, got off the bus and seen a young boy laying on the ground with life threatening injuries. Moments later, other people came to the aid of the young boy and commenced first aid. Within a few minutes, the police and paramedics arrived with blue lights disturbing the night sky and Daniel stood confused and distressed by the scene.

Despite being a conscientious driver, Daniel was breathalysed by the police in front of the gathering crowd and he felt a deep sense of guilt and shame. As he looked into the crowd, he saw disgust on their faces and formulated in his own mind that they must believe that he had been drink driving. After the test, Daniel was then asked to sit in a police car, and whilst this was offered to keep him warm, Daniel felt that he was being punished and that the onlookers must now think he had failed the test.

After a period of 20 minutes, the paramedics stopped assisting the young boy and covered his body as it lay on the road. Daniel’s level of anxiety increased, and he became emotionally distressed at the knowledge that the boy was dead.

Following a lengthy investigation, it was concluded that Daniel had done nothing wrong. He wasn’t under the influence, hadn’t been speeding, and was assured that he couldn’t have done anything to prevent the accident. Despite this, Daniel became clinically depressed and his life altered dramatically.

From this point let us consider the impact of depression. After the accident, something began to grow inside Daniel and he was consumed with thoughts of being a bad driver, a killer. Depression then steps in and messages Daniel to let him know that driving a bus is dangerous, and that people can be cruel in their judgements. This causes Daniel to go off work sick and he quickly retracts from his social groups, hobbies and family. This happens because the personality which is depression, is trying to save Daniel from ever being in similar circumstances. Depression loves Daniel so much and cares for him to such a level, that it convinces Daniel not to drive and to keep isolated. By isolating Daniel from work colleagues, friends and family, he doesn’t get subjected to the judgements of others and this helps reduce the sense of guilt and shame he holds. Although the isolation is counterproductive, depression pursues it as a measure of safety. In this regard, depression is trying to keep Daniel safe, and does so out of love.

With this in mind, a key to overcoming depression is the maintenance of connections to the people in our lives and the activities we enjoy. If we can acknowledge the depression, understand it from the perspective of keeping us safe, and then learn to sooth it, letting it know that the protection is appreciated but unnecessary, then it will loosen its grip and allow us to regain control. The message therefore is awareness, when we are aware that depression activates from a place of love and when we can connect with it, then we can loosen it’s grip, regain control and learn to work through our fear of judgment, guilt or shame. 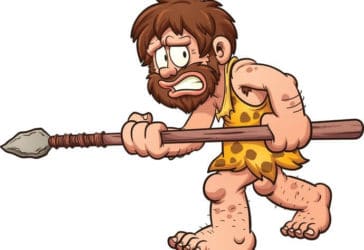 Anxiety and the Caveman

At Empathy Rooms, Our Vision is a world living with healthier, happier minds.

At Empathy Rooms, Our Motto is, quite simply “Thinking About Thoughts” 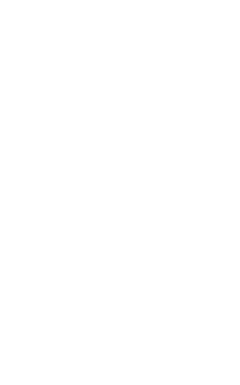 We’re passionate about improving the mental health of us all. Regardless of Age, Race, Sexuality, Gender, Religion or Disability. We all deserve to live with a healthier, happier mind and we strive to be the best therapists we can. We engage with the latest treatments to provide the best quality services for our clients, and we’re proud to be talking about mental health.

By continuing to use the site, you agree to the use of cookies. more information